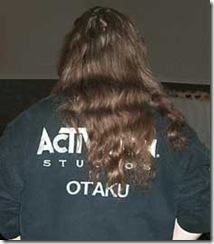 This vicious and unfounded rumour of me being a nice guy, got started by Craig Harris from the venerable IGN.com gaming news website when we met at the Classic Gaming Expo in Las Vegas way back in 1999.

Craig was seeking stories and interviews from developers who were attending the Expo to justify his press badge. We got to talking after I was done demonstrating a number of classic Atari 2600 games from the Activision back-catalogue that I was in the process of porting over to the Gameboy Color.

Unfortunately the games never saw the light of day after what seemed an eternity of negotiating with Activision, but that is a story for another time.

I bumped in to Craig whilst wandering around the Expo floor with an open container of homemade chocolate in my hand that I had brought with me as gifts for friends that I would be visiting after the conference was over. The chocolate was stashed in my hotel room, the air conditioning failed in a couple of rooms, and wouldn’t you know it, one of those rooms was mine, so naturally, the chocolate began to melt.

Instead of just throwing the chocolate away, I decided to go to each booth on floor of the Classic Gaming Expo and give away as much as I could – this tactic also worked great as an ice breaker – and this lead me to Craig whilst I was demonstrating my latest Gameboy prototype games to one of the publishers who had a booth there.

The original cringe inducing article can still be found on the IGN.com website, though it is now difficult to find. I do not know how many more years this page on IGN.com will last for but for now the original article in its entirety can be found at this link: http://gameboy.ign.com/articles/069/069608p1.html

Just in case that link is broken the relevant portion has been published here as an image directly from the IGN.com website.

The transcript of the text, in case it is too small to read, is:

“I also met up with Justin Lloyd, programmer of the upcoming Battletanx on the Game Boy (sic) Color for 3DO, and a hell of a nice guy. He’s been working on a side project: converting Activision 2600 games in their original form to the Game Boy Color, among them are Pitfall, Pitfall 2, and H.E.R.O. Currently Activision hasn’t shown an interest in bringing these to market, but I’m hopeful the company will see the light. Portable Pitfall II? Damn right. Just make sure you stick in the second level found in the Atari 8-bit version, Justin…”

I am thinking that the chocolate may have swayed his opinion of me. For several years afterwards, you could perform a Google or Yahoo! search with the keywords “Justin Lloyd nice guy” and the first link returned would be that page. To the people who know me personally, this concept of me being not only a nice guy but a “hell of a nice guy” was pure comedic gold.

Finally, after a full decade the page is so well buried that I do not show up for several hundred links when using that search term and even “Justin Lloyd hell of a nice guy” brings up another person’s MySpace page. The natural churn of the Internet has finally buried the story.

Since the article first appeared, other people have written about how I am a nice guy, but fortunately these missives have only appeared in print and not on the web where they are searchable.

So whatever you read on-line about me being a nice guy, don’t believe it. 🙂

And to answer Craig’s question: Yes, the Pitfall 2 port to the Gameboy did in fact contain the entire second level from the Atari 800 version including a third hidden level.