Recently I was invited to attend as a guest speaker at a Los Angeles regional Science Fiction and Fantasy convention, which I am very pleased to announce I will be attending, as my professional work schedule is finally slackening off enough that I can consider not only doing that, but also posting on this blog on a more regular basis again. It has been months since I have had time to myself, gather my thoughts and write about personal development and becoming a better mastermind, criminal or otherwise. So if you have been wondering where I have been, thank you for your patience, and thank you for coming back to read more.

Interestingly, upon several friends hearing that I was invited to speak at the convention, they questioned why I was invited at all “But you don’t even read SF! You hate the stuff!” 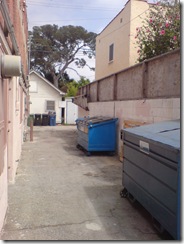 It seems that humans have an awful narrow perceptive field of what someone does or does not like, or is good or bad at, based on exact statements of truthfulness. However, that is a topic for another post.

I don’t follow or keep up with much of what is published in Science Fiction and Fantasy today, for the simple fact that there are so many other great books, dealing with Science Fact, that are worth reading.

I am one of those readers who measures their personal library, not in numbers of books, but in linear feet, like all good fans of the printed word usually do. Having moved a number of times in the past two decades I have given away many books, and if the books are especially bad, given them away as gifts to people I do not like.

My personal library, much diminished unfortunately than it was when I was still in college, though these days bolstered by many “digital download” books for my SONY ebook reader and even more so by downloaded audio books held on my laptop or iPod, covers two walls in my home. Eight feet high, 40 feet long, with ten shelves in each vertical book case provides 400 linear feet of printed books, small by most of my friend’s collections, but still too much to be dragging around the country.

But also, again, lacking many modern works of Science Fiction and Fantasy, for one very simple reason.

I grew tired of the same hackneyed plots, the same shallow characters, the very same, endlessly repeating, gaping plot holes, the same treadmill of Western philosophies and jingoism, and as one very famous writer is known to have quipped, “not more flipping elves.” Only he didn’t say “flipping.” You can tell I was recently watching Inspector Lewis by that quote.

In many Science Fiction works you can read fine examples of “and magic happened here” to explain away what would be, in any other context, a gross oversight of plotting and world cohesion, the mysterious “willing suspension of disbelief.”

Similarly, in many Fantasy books you can hear the dice rolling in the background, or as is usual, the dice are forgotten and the whim of the author takes hold, not because of any logical progression of the story, or because the characters are emotionally involved in what happens to them, but because “this happens because I am the Dungeon Master and decreed it so.”

The major problem I have had with Science Fiction and Fantasy is that we are still in the green cheese phase of both genres with very few classic works. “Ninety percent of everything is crap.” to misquote Theodore Sturgeon. But you can add to that, “but in some things, that applies doubly so.” 80’s computer games, comic books, Science Fiction and Fantasy, modern music, blogs. When the barrier to entry is low enough, the sheer amount of crap doubles.

However, it is going to be a great convention, because we can actually get to talk about that sort of stuff and sort it all out so that the next round of books that get published will be much better, right?

I've founded/co-founded six businesses as CEO and been hired as engineer #1/CTO at six others.

I am a cross-platform mobile developer

I am a broken project fixer

I am a trained chef

I was in a punk rock band

I used to race motorcycles

I am a furniture builder

I am a growth hacker

I was a journalist

I am a hardware hacker

I think too much

Over the years I have built digital and physical products that have become household names.

Everything from video games to medical devices.

If there is one thing I understand, it's building products, putting them in the hands of users, and building a business around that product.

Throughout my career I've raised large sums of money dollars for the start-ups I've worked with, and generated more than a billion dollars in measurable real-world value.

You can hire me on a consulting basis as either a fractional CTO or mobile developer by contacting my agent at 10x Management.

I have on more than one occasion been described as a "Hell of a Nice Guy." I am still trying to live that down and prove the world wrong.